Eczema is a skin disorder in which skin gets inflamed, itchy, rough, and cracked. It is mostly seen in children but can occur at any age. It is also known as atopic dermatitis. There is no cure for this skin disease but can be treated with the use of pure and natural ingredients made cbd oil tincture.

Research suggests that eczema(atopic dermatitis) comes from a combination of genetic and environmental aspects. It causes unbearable pain because of inflammation. Many find the illness worsens after eating particular foods, experiencing great stress, or exposure to specific substances. 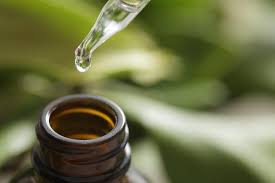 Despite the current lack of scientific evidence to indicate that CBD can cleanse eczema, due to the chemical's well-known anti-inflammatory effects, many expect it to have the ability to combat skin diseases.

For instance, a 2016 study discovered that CBD triggers anti-inflammatory responses in tissues, something which might decrease eczema changes. Another study conducted in 2018 discovered that the natural chemical compound(CBD) could enhance the natural hydration and elasticity of the skin following the use of ointment twice daily for 3 months.

Additionally, because the endocannabinoid system is involved in inflammation, scientists have suggested that the use of cannabinoids such as CBD may help with skin diseases such as eczema by reducing inflammation and relieving dry skin.